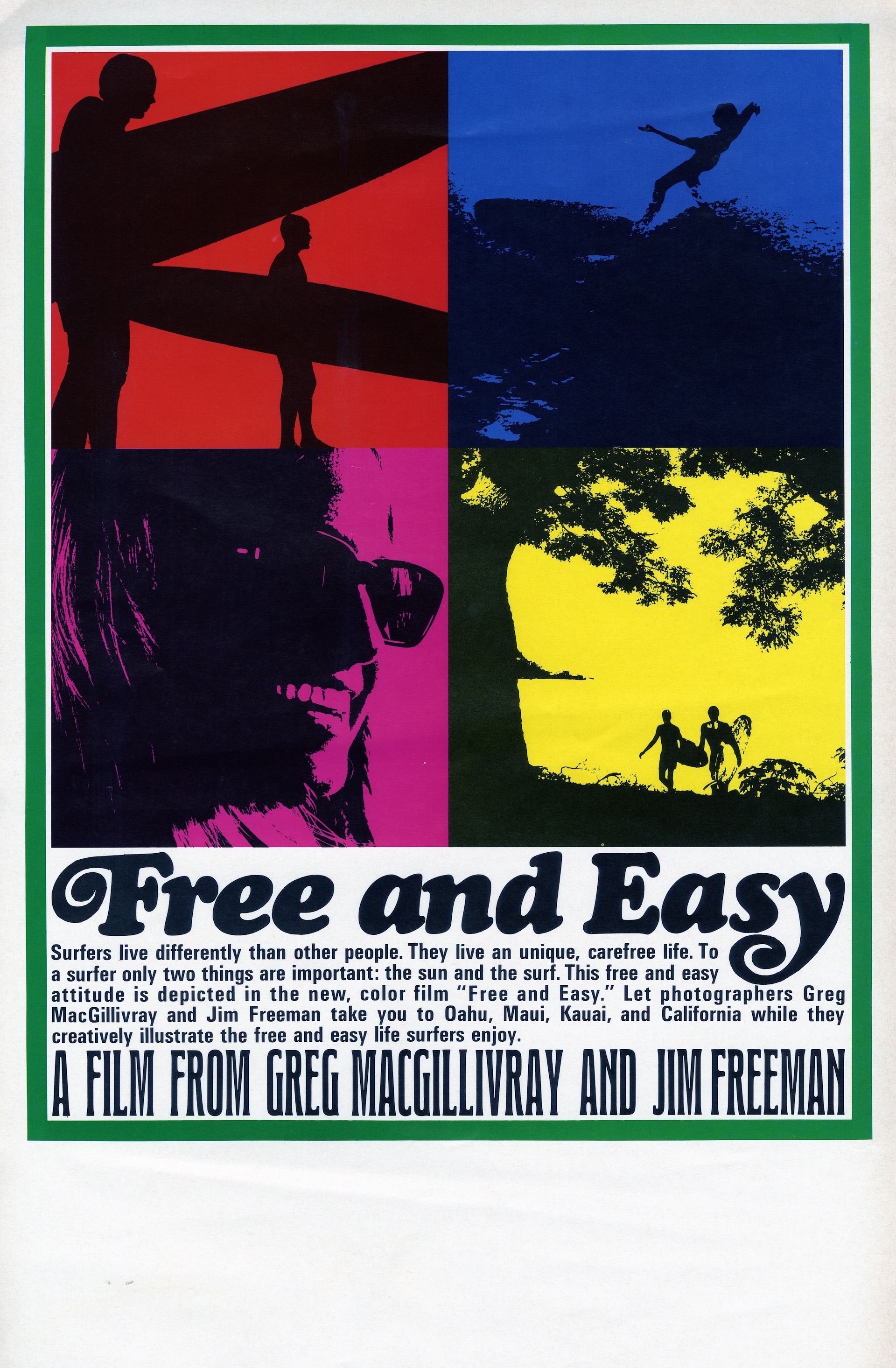 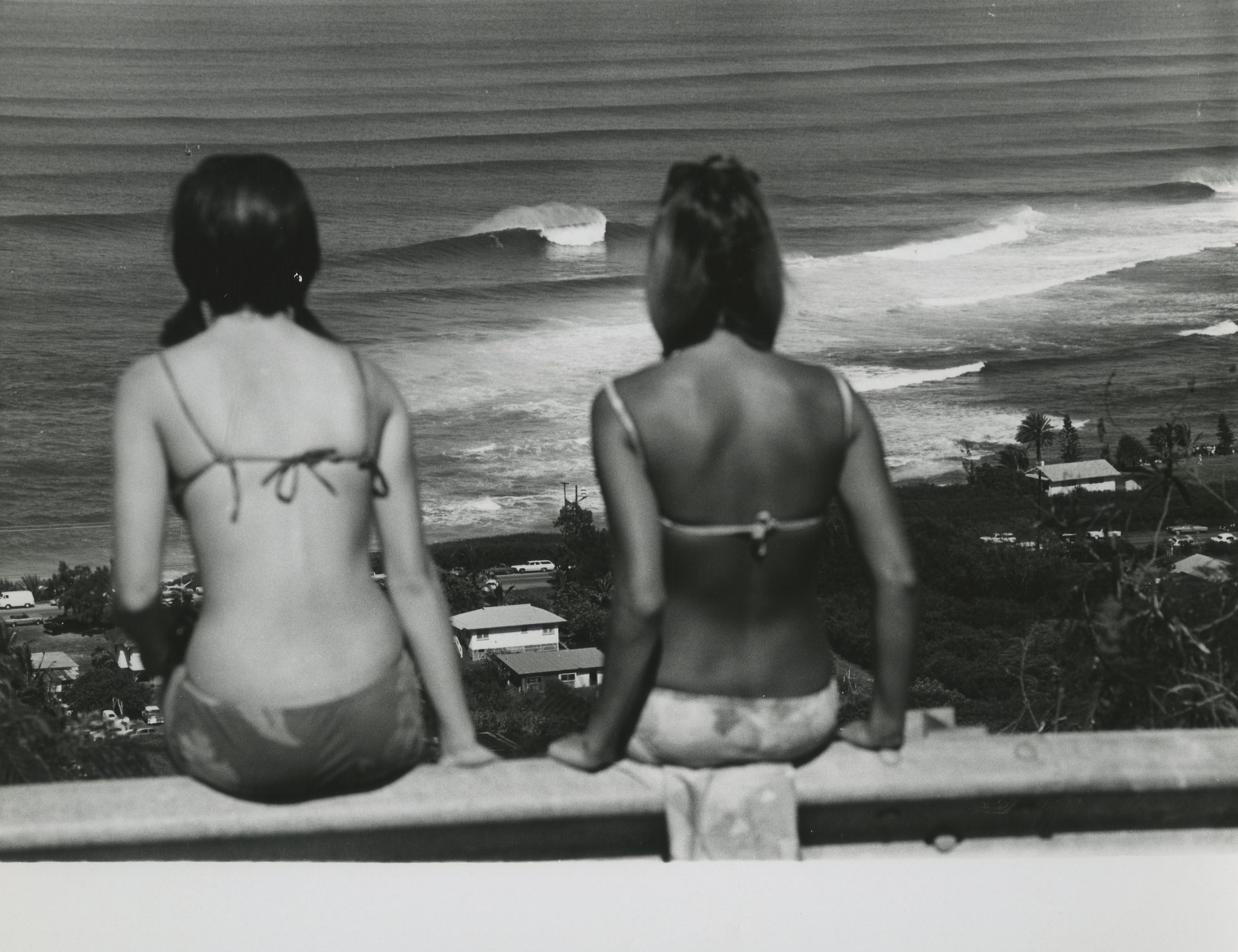 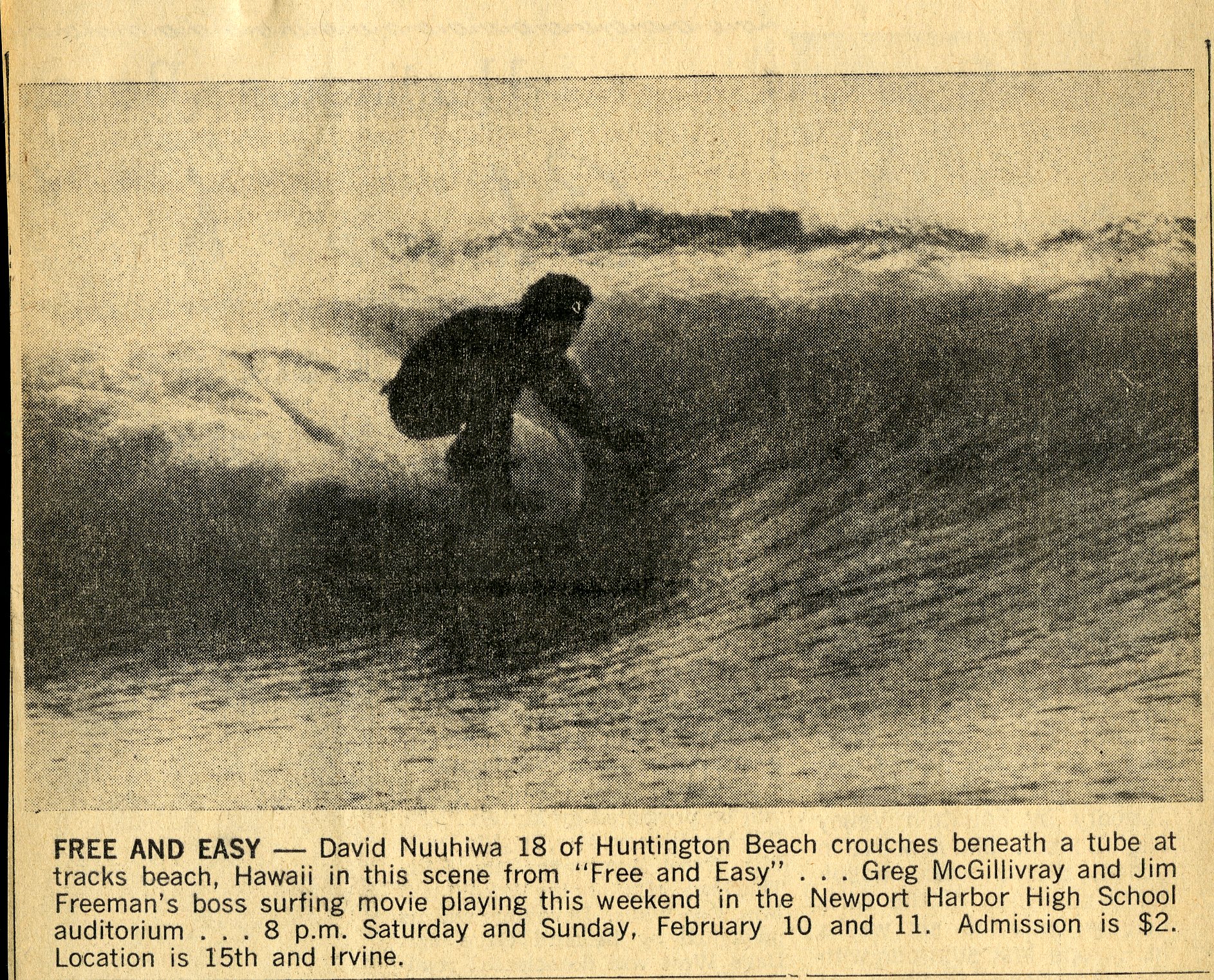 MacGillivray-Freeman Films was formed in 1966, and Free and Easy, the debut joint effort of Greg MacGillivray and Jim Freeman, came out the following year and became an enormous success. The lighthearted surf film features Billy Hamilton, Mark Martinson and Herbie Fletcher and longboard surfing action at various spots in California and Hawaii, including Huntington Beach, Pipeline, and Pupukea. The goal was to show the free and easy life surfers enjoy, thinking about only two things: the sun and the surf. 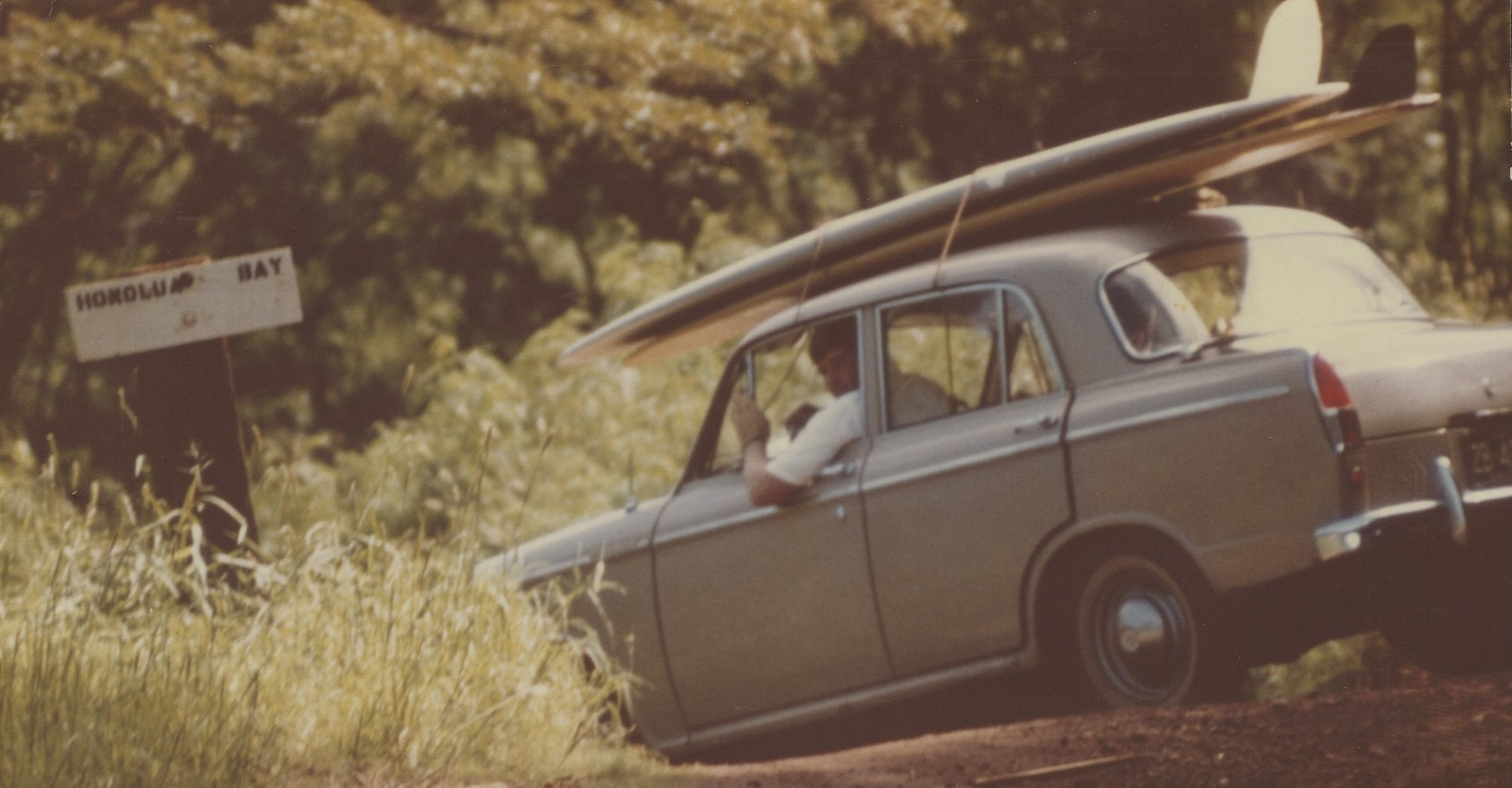 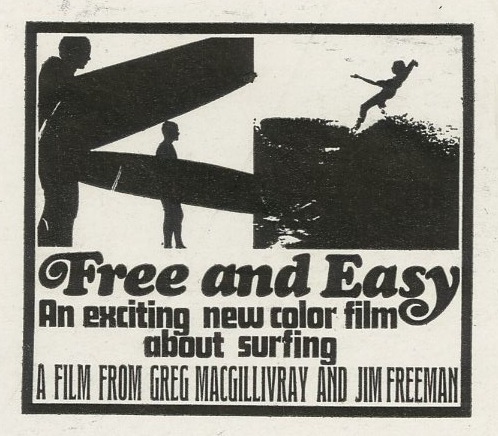 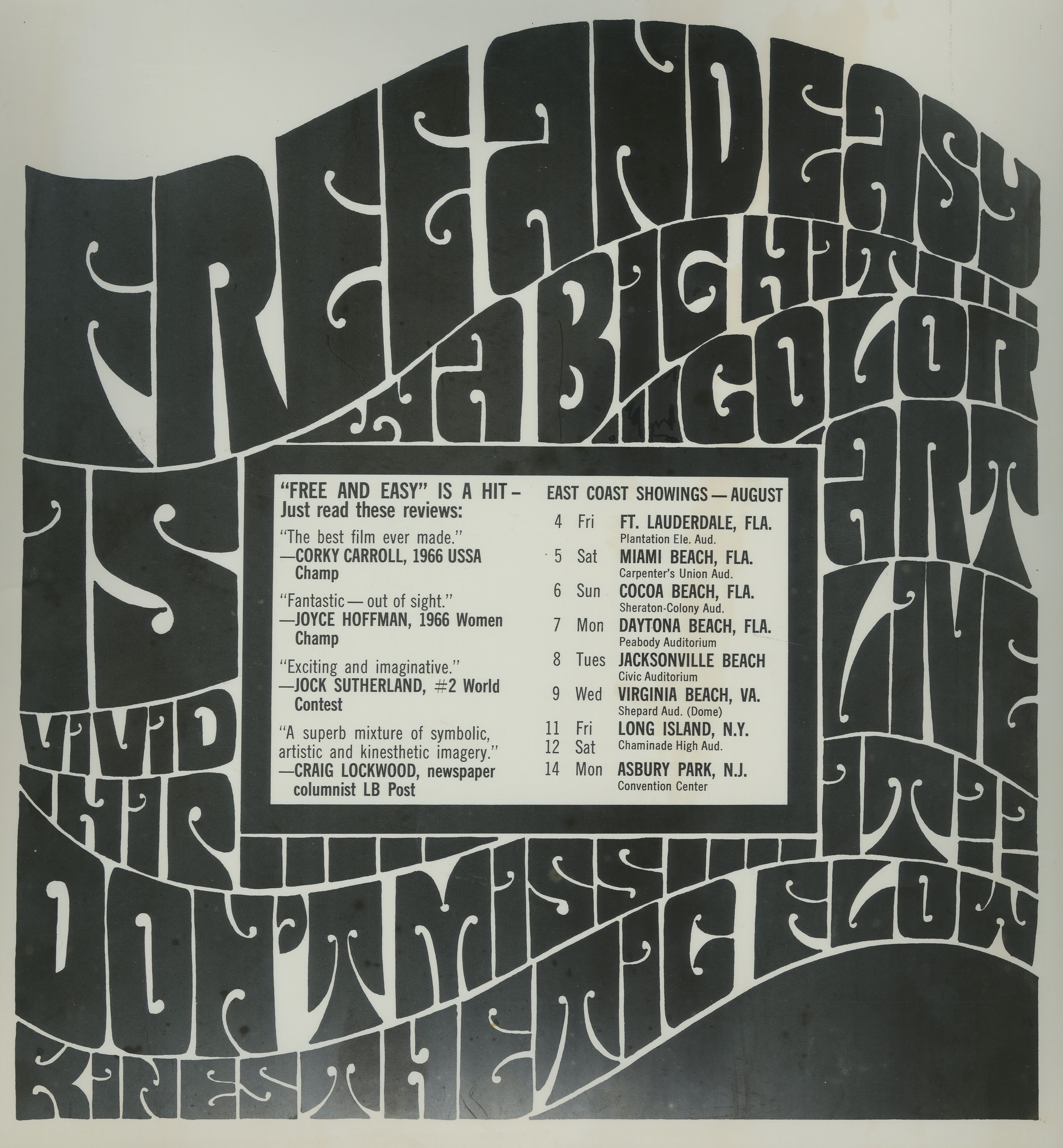